Ball cactus (Escobaria vivipara), Minnesota’s third kind of cactus and one of its rarest plants, grows only on granite outcrops in the western part of the state at the eastern edge of its range. On a hot, sunny day we set out to see if we could find it.

Rock outcrops abound in western Minnesota, but the ball cactus grows in an area of only a few square miles, and we thought we had a good idea of where to look for it.  For hours we climbed rocks exposed when glacial Lake Agassiz washed over the area, peered down into cracks, and saw more brittle prickly pear than we could have imagined.  The photos we’d seen of ball cactus all showed the plant covered with a brilliant magenta bloom, but none showed the shape of a non-blooming cactus, and we were at least one month too late to see the vivid flowers. We looked hopefully at the small, roundish ends of young brittle prickly pear.  Could this be a ball shape?  Or this?  Or this? No, no, and no.

The sun beat down, birds called, and we scrambled and clambered over outcrop after outcrop, careful where we put our feet.  Finally, sun-soaked and sweat-drenched, we phoned a knowledgeable acquaintance pleading for more specific information.  He directed us to the first small outcrop we’d driven past, intent on the larger outcrops looming ahead.  Now we walked gingerly over the flattish rocks and within a minute spotted perfectly round little cactuses with radiating bursts of spines, beautifully geometric and unmistakably ball-shaped. A few grew individually, but many grew in clusters like round prickly pillows.

Kelly took photo after photo while we marveled at the sight of this small, rare plant that persists and survives in cracks of Minnesota rock. We’re glad we persisted, too, and we’re also glad for folks who know more than we do and are willing to point us in the right direction (thank you, Scott). We’ll be back next June to look for the cactuses blooming which should make them much easier to spot, but meanwhile, we’ll savor the sight of these small exquisite cactuses at the end of a long day. Sunshine, rocks, prairie breezes, and a successful search—only one more thing would make the day complete.

We set off to find something cold to drink. 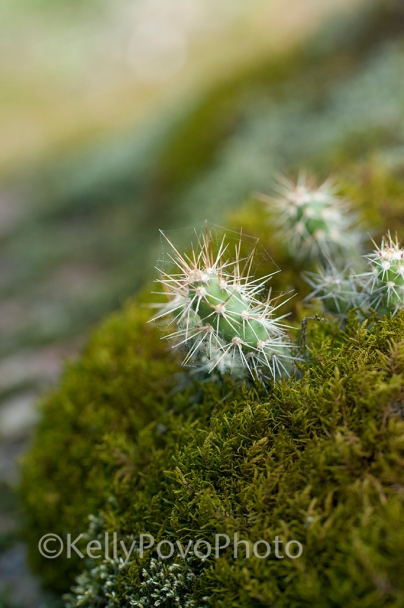