We love sharing our passion for wildflowers with other wildflower lovers, and we’re always grateful when folks share with us.  Because of peoples’ generosity with their knowledge we’ve seen western fringed prairie orchid, narrow-leaved milkweed, and wild lupine just to mention a few. This past week two different people took us wildflower-chasing, showing us flowers in places we would never have found on our own.

On Wednesday we drove down to Rose Creek, and botanical wanderer Kenneth Hartwig took us along local highways by the Shooting Star Trail where native flowers flourish in the ditches.  (The Shooting Star Trail was built along an old railroad-right-of-way, and much of the land is a native prairie remnant.)  He showed us wild sweet William and glade mallow, both of which we’d been yearning to see, as well as tuberous Indian plantain, great Indian plantain, downy phlox, wild quinine, and white wild indigo among other prairie flowers. He also took us to Minnesota’s only known population of state-threatened prairie shooting stars (he and his wife Becky counted over 200 of them blooming this spring). The shooting stars had gone to seed, but now we know where to come next year to see them in their glory.

Because we were close to Hayden Prairie, just over the border into Iowa, and because it was a fine prairie day, hot, sunny, and windy, we made our way there. A few weeks past we’d seen prairie shooting stars in bloom at Hayden prairie, more than we could possibly count, but these, too, were gone to seed, looking a little like the spokes of upturned umbrellas.  On that previous visit we’d also seen some kind of lady’s-slipper leaves, and we hoped the plant would be flowering so we could identify which lady’s-slipper. While we didn’t find that particular clump of leaves, we found first one, then several, then a wealth of large yellow lady’s-slippers in bloom, more than we’d ever seen before in one location.  Most of the flowers were past their brief prime, but all of them shone bright buttery yellow under the bushes and among the grasses.  An added bonus was our first Michigan lily of the season—which Kelly at first thought was an orange flag marking something special.

Sunday Dana Boyle from the Saint Paul Garden Club where we recently gave a Zoom talk offered to take us on a tour of Tamarack Nature Preserve, which has the southernmost known stand of naturally occurring tamarack in Minnesota. On the boardwalk and path through this rich fen Dana pointed out wild calla, long-leaved starwort, and marsh cinquefoil in bloom, along with arrowhead leaves, horsetail, an assortment of sedges and other fen residents. New to us was shinleaf (Pyrola elliptica), tucked under a tree, its flowers white in the rainy green light. We finished our tour just before the threatened rain came sluicing down.

We’re always grateful when other wildflower lovers share their knowledge with us. Thank you, Kenneth and Dana.

Kelly Povo, a professional photographer for over thirty years, has exhibited in galleries and art shows across the country. Her cards, gift books, and calendars have been sold internationally. She and Phyllis Root have collaborated on several books. This is her first book on Minnesota's Native Wildflowers. View all posts by kellypovo 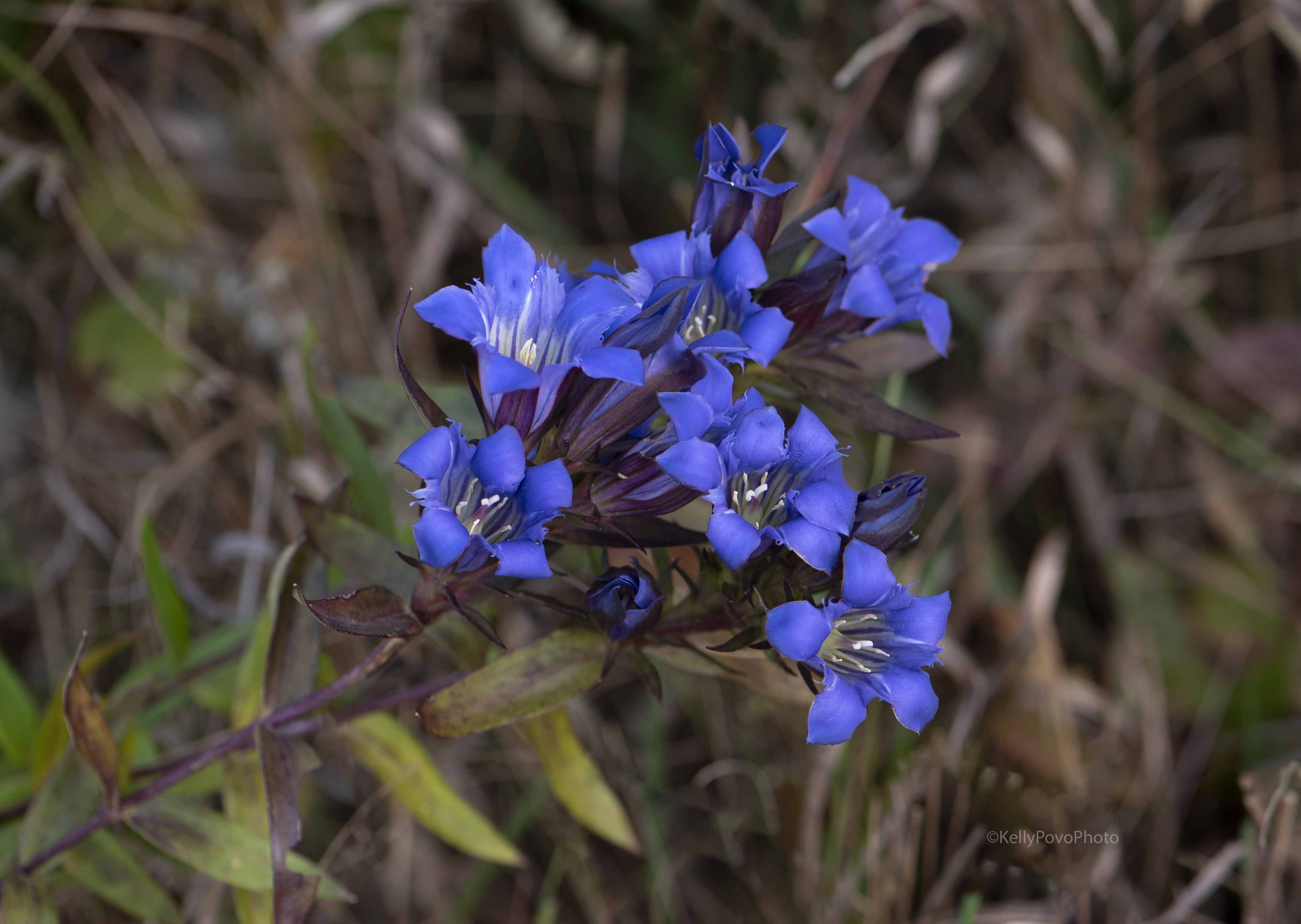